inveox GmbH, founded in 2017, develops systems to digitize, automate and connect pathology laboratories. With an innovative automation system for sample preparation in histopathology, inveox increases efficiency and safety in pathology laboratories. As a result, the risk of operational irregularities and potential misdiagnoses are significantly reduced and patient safety – especially in cancer diagnostics – is greatly improved.

Since its founding, inveox has won numerous awards and was part of several accelerators of renowned companies, such as “Digital Health” (Roche Diagnostics / Plug&Play). In 2017, inveox was voted ‘Start-up of the Year” by Für-Gründer maganzine and made it on the Forbes list of the “100 most promising startups 2018”. At the end of 2018, inveox opened a subsidiary in Poland (Krakow) and in 2019 it became member of the World Economic Forum. 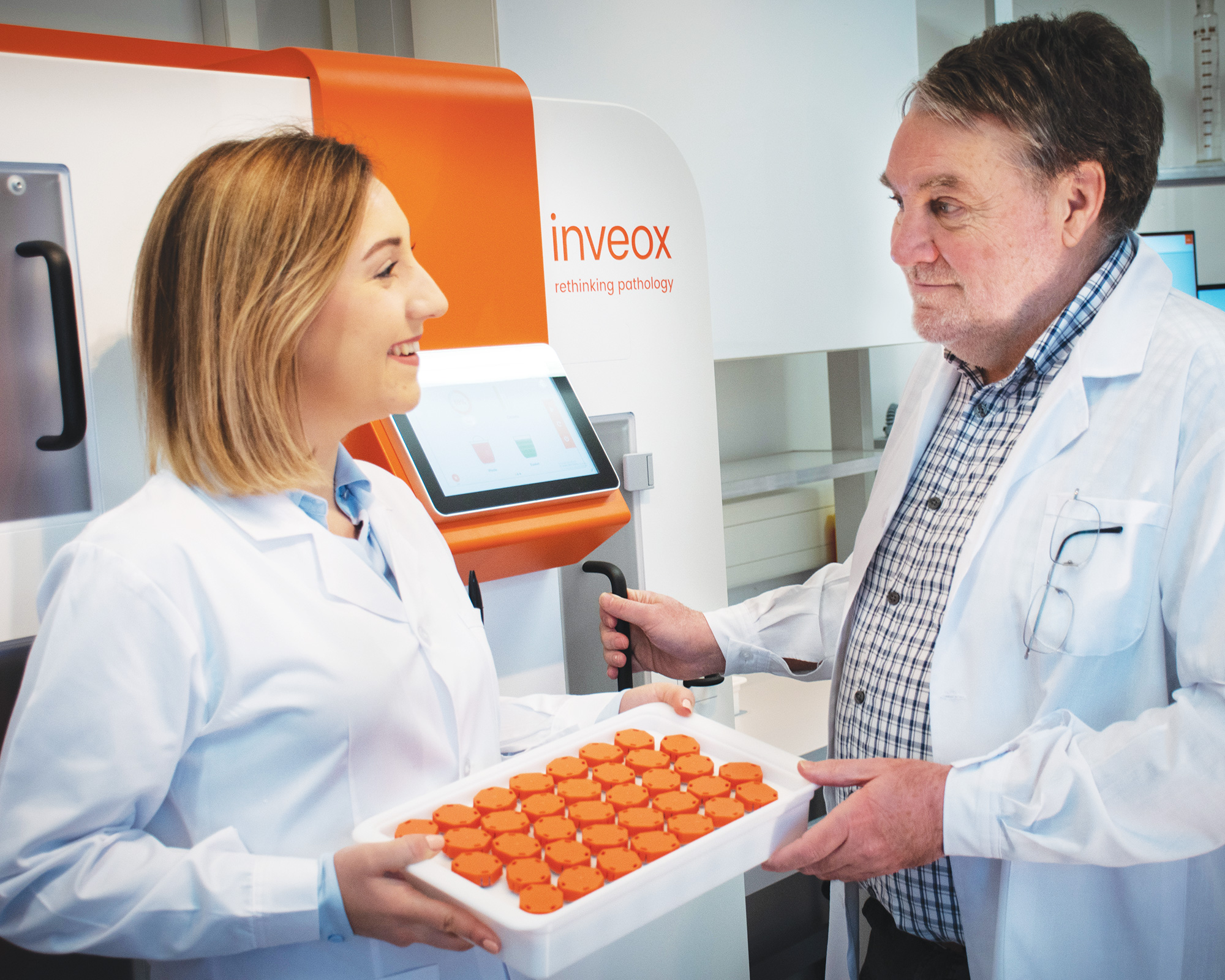 We help you achieve your best performance by offering flexible working times. The important thing is that we all commit ourselves to common goals and remain accountable for our decisions and actions.

At inveox, we strive for greatness and focus on taking one step at a time. That way, we can effectively reach our goals and learn from every stepping stone along the way.

We always focus on doing our best for the benefit of people, the environment, our stakeholders, and society at large. We aim to create a positive impact on those around us, and we help them do the same. The UN’s 17 Sustainable Development Goals are an essential guideline for us.

Our driving force is helping people. We care, we put trust in each other, and we don’t see our colleagues as resources, but as talents. That’s why we offer opportunities for personal and professional development, so you can have optimal work-life balance.

We are open minded, creative and innovative. We like to explore new ways to do things, and we value thinking outside the box. With us you can count on regular feedback and personal coaching to promote your very own professional growth.

Our team is more than the sum of its parts. We embrace the power of individuals to reach for the stars together, and we believe that great teamwork allows 1 + 1 to be more than 2.